Soma by The Invisible Hands 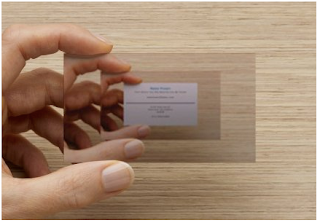 Posted by United by Movement at 00:27 No comments:

Learning About What is Already Part of You: How Movement Builds the Brain

"Field gave a fascinating explanation of how she understands early development: by day 49 in utero, the fetus begins to move a little left and a little right, more to one side than the other. This bias to one side will be a lifelong feature of that eventual human being's organization. But if this side-to-side movement does not occur at this time, the fetus does not survive.

'This is a point in development when the organism is still nothing more than blood, nerve and bone-the brain does not yet exist' Field explained. 'in other words, movement precedes the brain and, you might say, movement builds the brain. Developmentally speaking, the head, neck and eyes are as much appendages as the limbs. We can only look to movement itself to explain how the nervous system itself is organized.'

After 10 to 12 weeks in the womb, three more basic movements have been added to the repertoire of this evolving human organism: folding forward, an arching movement, and a twist. All of these movements are organized slightly differently in one direction as opposed to the other, in keeping with the original bias. Long before birth, these movements are highly practiced and familiar. The unborn baby also has a clear sense of gravity, the fundamental question: Which way is up? As Field would often remind us, the newborn does not learn how to perform the most basic foundational movements, she learns about these movements that are already part of herself."

- From the article Developing a Healthy Bias: Four Days with Sheryl Field published in The Feldenkrais Journal, No 28

Posted by United by Movement at 21:03 No comments:

The Way Things Go: a chain reaction by Fishli and Weiss

Posted by United by Movement at 20:33 No comments:

What Feldenkrais is and what is is not.

Here's another excerpt from the Standards of Practice. I reread the entire document frequently, returning to find focus and inspiration for my practice. It's a great introduction for people new to the method. Long time students who have experienced the work by doing it might find this description helpful in deepening their understanding and engagement with the work.

If you have any questions or comments, please feel free to share them with me directly via email or in the comments section below.

Posted by United by Movement at 18:12 No comments:

Again from the Amherst training circa 1983, Moshe is working one-on-one with students in what is known as Functional Integration. 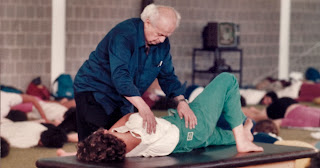 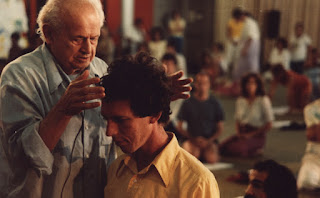 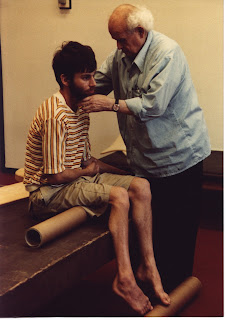 Posted by United by Movement at 00:22 No comments:

Why do I love these Amherst training photos from 1983 so much?

The clothes? The scale? The Ektachrome color? The documentary style? The vibrant energy of the people trying to work out the movement puzzles of Awareness Through Movement Lessons? 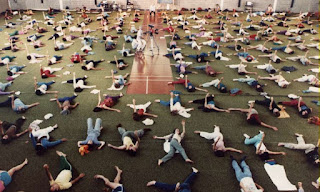 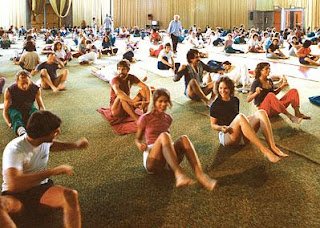 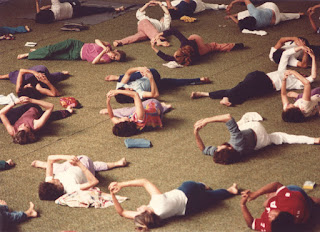 Posted by United by Movement at 00:12 No comments:

The Story of Sister Rosetta Tharpe

"The freedom that she expressed in her singing and dancing woke up the congregation. It focused them on something that was on the inside that they never gave expression to."

This is also an apt description of Feldenkrais. It is a process that focuses you on something inside that you might not have ever given expression and like Sister Rosetta Tharpe it leads you to expressing that freedom to yourself and the world around you.

Here's a clip from a BBC documentary about her for inspiration.

United by Movement
California
Cultivate being in the felt presence of your immediate experience and witness the changes that occur to your self and your life. Through the body, you can reduce the suffering of the mind and connect with your spirit.

I teach people to reconnect to the qualities of aliveness, vibrancy, vitality, and renewal through the engagement of their own awareness and imagination. These qualities can be activated at any time or stage in your life. They are, after all, the inheritance of our nervous system. The nervous system is what makes us human. It allows us to feel, think, act, live, love and explore the unknown together.

Email me for a personal lesson.