I'm always looking for threads of Feldenkrais in other disciplines. Here is a quote from Charles Sanders Peirce, an American philosopher, logician, mathematician, and scientist who is sometimes known as "the father of pragmatism" and the "father of semiotics." Here he describes a Feldenkrais lesson 50 years before Moshe Feldenkrais created his first lesson.

"Everybody knows the facility with which habits may be acquired, even quite unintentionally.  But I am persuaded that nothing like a concept can be acquired by muscular effort alone. When we seem to do that, it is not the muscular action but the accompanying inward efforts, the acts of imagination, that produce the habit.  If a person who has never tried such a thing before undertakes to stand on one foot and to move the other round a horizontal circle, say, as being the easier way, clockwise if he is standing on the left foot, or counterclockwise if he is standing on the right foot, and at the same time move the fist of he same side as the moving foot round a horizontal circle in the opposite direction, that is, clockwise the foot is moved counterclockwise and vice versa, he will, at first, find he cannot do it.  The difficulty is that he lacks a unitary concept of the series of efforts that success requires.  By practicing the different parts of the movement, while attentively observing the kind of effort requisite in each part, he will, in a few minute, catch the idea, will then be able to perform the movements with perfect facility. But the proof that it is in no degree he muscular efforts, but only the efforts of the imagination that have been his teachers, is that if he does not perform the actual motions, but only imagines them vividly, he will acquire the same trick with only so much more additional practice as is accounted for by the difficulty of imagining all the efforts that well have been made in a movement one has not actually executed.  There is an obvious difficulty of determining just how much allowance should be made for this, in the fact that when a feat is learned in either way, it can not be unlearned, so as to compare that way with the other. The only resort is to learn a considerable number of feats which depend upon acquiring a unitary conception of a series of efforts, learning some with actual muscular exercise and the others by unaided imagination, and then forming one's judgement of whether the greater facility afforded by the actually muscular contractions is, or is not, greater than the support this gives the imagination.  …all largely depend upon a unitary connection of all that has to be done and just when it must be done.  It is from such experiments that I have been led to estimate as nil the power of mere muscular effort in the contributing to the acquisition of ideas."

Here's a good article from the New York Times about why kids shouldn't sit still and how movement aids learning for children and adults. I whole-heartedly agree. 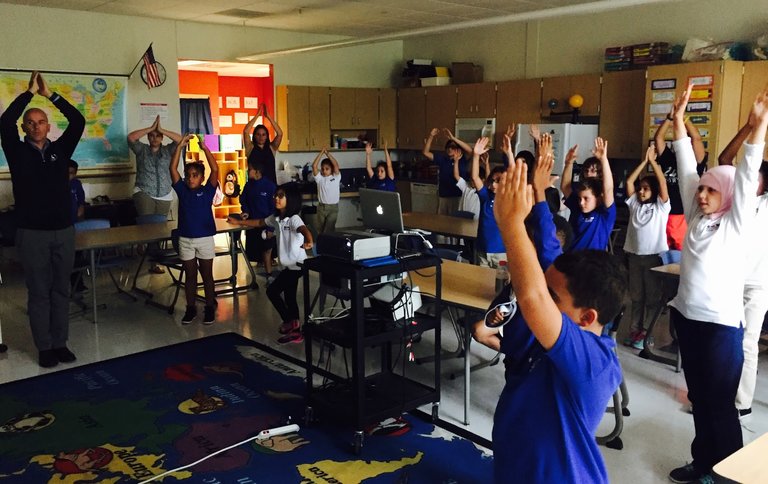 Posted by United by Movement at 09:16 No comments:

Here's two photos from my most recent photoshoot showing a private lesson. Sign up for yours today! 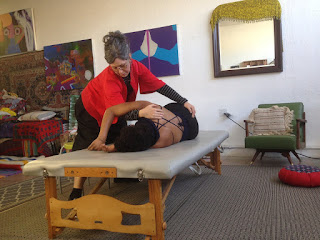 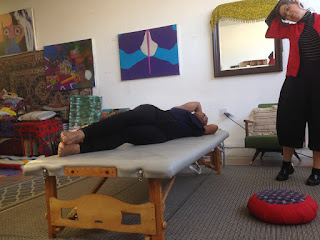 Posted by United by Movement at 10:31 No comments:

Scientists say your “mind” isn’t confined to your brain, or even your body

“I thought how isolated we all are (in America) and how disconnected we feel,” he says. “In our modern society we have this belief that mind is brain activity and this means the self, which comes from the mind, is separate and we don’t really belong. But we’re all part of each others’ lives. The mind is not just brain activity. When we realize it’s this relational process, there’s this huge shift in this sense of belonging.”

http://qz.com/866352/scientists-say-your-mind-isnt-confined-to-your-brain-or-even-your-body/
Posted by United by Movement at 17:51 No comments:

United by Movement
California
Cultivate being in the felt presence of your immediate experience and witness the changes that occur to your self and your life. Through the body, you can reduce the suffering of the mind and connect with your spirit.

I teach people to reconnect to the qualities of aliveness, vibrancy, vitality, and renewal through the engagement of their own awareness and imagination. These qualities can be activated at any time or stage in your life. They are, after all, the inheritance of our nervous system. The nervous system is what makes us human. It allows us to feel, think, act, live, love and explore the unknown together.

Email me for a personal lesson.